Why Pain-Free Intercourse is so Important to OrthoPelvic PT

In our practice, we talk to women every single day who deal with pain with intercourse.

It’s been going on since having the baby who is now 6.

It’s been going on since menopause.

It’s been going on since the chemo and radiation.

It’s been going on as long as they can remember, but now, they just learned there are things they can do.

Owner and founder of OrthoPelvic Physical Therapy, Dr. Kelly Alhooie, and the first hire for her team, Clinic Manager, Molli Atallah, both have their own stories when it comes to pain with intercourse.

For Dr. Kelly, she was on hormonal birth control for over 16 years because…that’s what you did. When she learned more about both the short and long-term effects of hormonal birth control, Dr. Kelly decided she could not take it any longer and would use the fertility awareness method for contraception and to get herself better in tune with her cycle. She felt empowered by these changes and was feeling good.

All of a sudden, out of nowhere, for the first time ever, Dr. Kelly experienced pain with intercourse. She and her husband were taken aback, disappointed, frustrated, and confused!

Hormonal birth control can deplete your body of many essential nutrients as well as shift the balance of estrogen and progesterone in your body. This hormonal shift caused Dr. Kelly’s vaginal tissue to thin, leading to this new issue of pain with intercourse.

So she researched. She was an Orthopedic Physical Therapist, and dang it, she could figure this out. She learned so much about the pelvic floor that was never covered for her in  PT school, and she found a new passion: giving women the knowledge and tools they need to feel empowered in their bodies in this underserved area of PT we call Pelvic Health.

10 years later, working for herself in her own practice, she met Molli, a first-time mom who brought new life into her world on March 17, 2020, as the world outside shut down.

Molli had a planned homebirth with the incredible midwives of  Loudoun Homebirth & Healthcare and she and her little family tucked in to navigate the pandemic together. 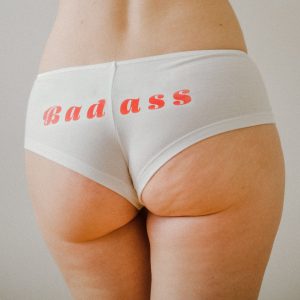 Knowing she did not want to expand her family for a while, Molli had a non-hormonal IUD implanted at 8 weeks postpartum and felt she was ready to have sex again.

Emotionally, she was. Physically, there was a much different road ahead than she had planned. That first time was excruciating. Words like “ripping” and “tearing” and “WTF” filled her mind as she tried simply to get to the other side of this first time where friends promised it would be better.

But it wasn’t. The second and third times were equally painful, and then Molli called her midwives for help. Being up-to-date, evidence-based practitioners, they told her it would absolutely be okay, but that she needed to see a Pelvic Health Physical Therapist, and they texted her a link to this very website and to Dr. Kelly.

A year later, OrthoPelvic PT docs are seeing women (and men) who deal with pain with intercourse all over the world through telehealth visits, so those who are unable to come see the us at the clinic, can still get treatment and healing and regain a sense of freedom in their own bodies.

There is a lot of shame around pelvic health and many areas of women’s health, in general, and why? It is not our fault that we experience pain with intercourse and leakage and endometriosis and ab separation and WOMANHOOD. This is life, and life happens.

At OrthoPelvic, it is our mission to help women navigate the issues they experience and not only find relief but leave us stronger and happier and more confident than they found us.

Be empowered in education,

by Monika Kozub on Unsplash 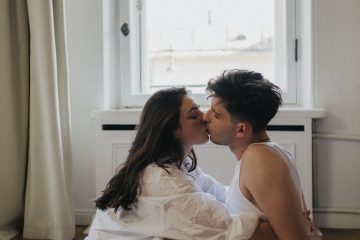 The Best Foreplay for Your Pelvic Floor

Your pelvic floor has a lot of functions, like keeping you dry when you cough or sneeze, supporting a growing fetus, and helping you poop. But did you know that your pelvic floor also plays Read more… 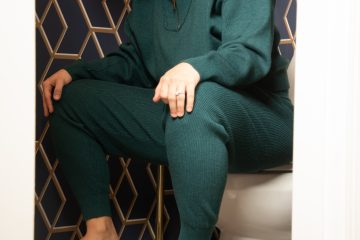 Things We Didn’t Learn in Health Class: How to Poop

There are a lot of things we didn’t learn in health class that we probably should have. Things like bladder and bowel health, what’s normal with your period (and what’s not), and signs of pelvic Read more… 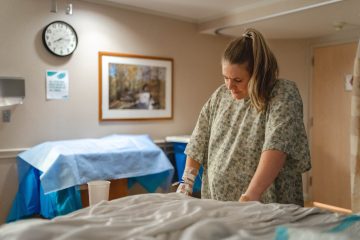 “Looks like you’re 10 centimeters dilated. It’s time to start pushing! I want you to hold your breath and push as hard as you can for the next 10 seconds!” If you’ve never had a Read more…